Are You an Animal Whisperer? 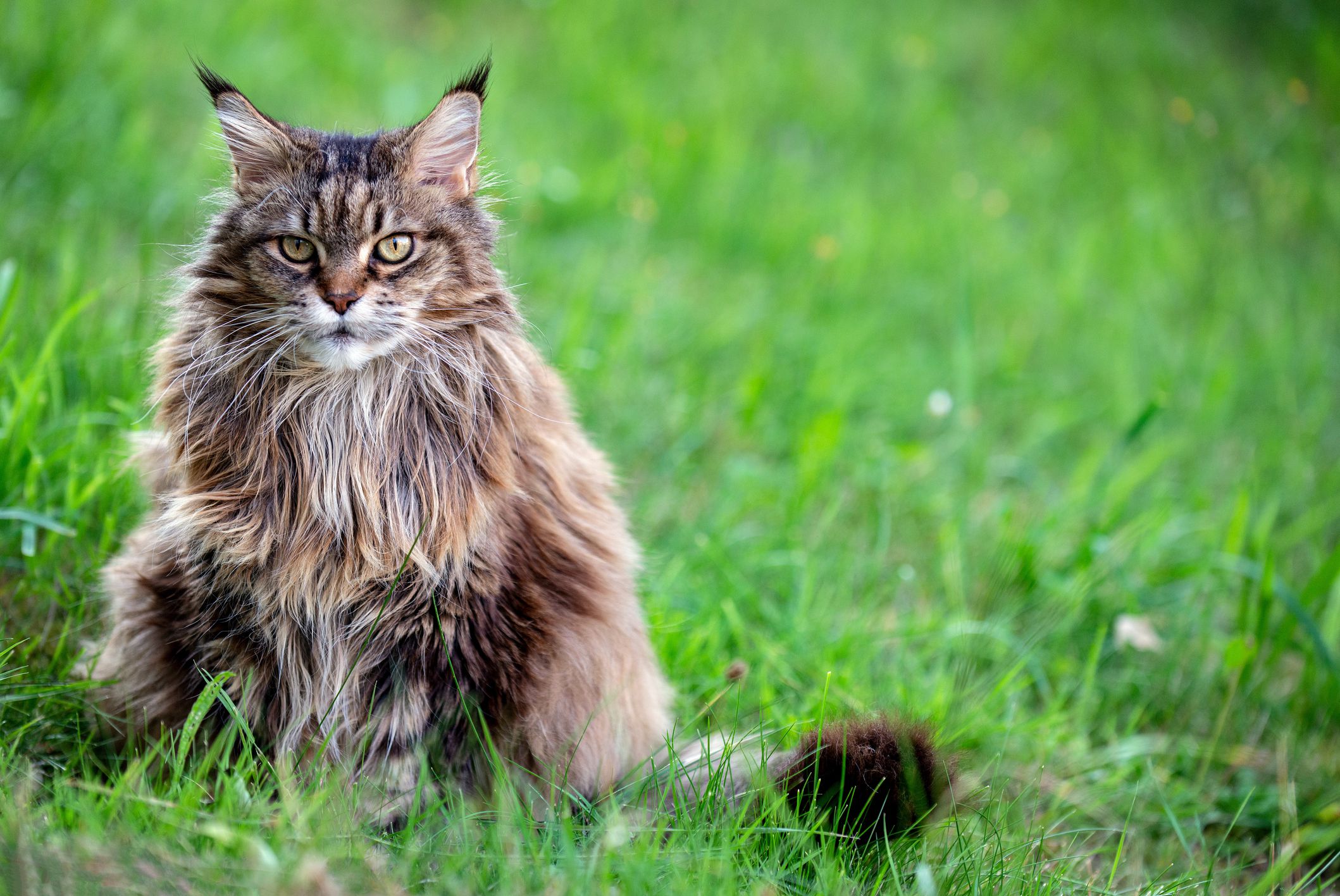 I was walking to drop something off and came across a big impressive cat the size of a Norwegian Forest or Maine Coon and a woman leaning on some railings.

I’d already slowed my pace down before I reached them because I could feel that Jeffrey was wary.

Jeffrey looked up into my eyes

I stood talking to the woman and she told me he was a Siberian. He had short legs. She was telling me how scared and timid he was and a few seconds later Jeffrey stood up from where he’d been sitting and calmly walked over to greet me with a sniff.

Jeffrey looked up into my eyes, I felt peace. Time stopped. Bliss.

I offered my hand – which is the polite way to ask ‘can I stroke you?’ – permission was denied and that was ok.

He didn’t need or want me to stroke him, and I wasn’t going to let my ego override his wishes by invading his space.

He looked at me again, peaceful, then calmly continued to walk on by.

Are You an Animal Whisperer?

The woman was in shock. She said he never ever did that with anyone. She couldn’t believe what had just happened.

She said, ‘Are you an animal whisperer?’

I had to stop myself from laughing.

Jeffrey then went and lay where ‘he’s never laid down there before!’

After a few more minutes she turned to me and asked about being a cat whisperer and I replied, ‘Well, I’m a bit like an animal whisperer, I’m actually an animal communicator.’

‘That’s your job title?’ she said.

She looked at me. Silent. I wonder now if she thought I was kidding or if she was like…Wait! What?

As the dots joined up between how she felt about her own relationship and communication with her cats.

She told me how there is a woman nearby who works with healing horses, ‘So it sounds a bit like that,’ she said trying to find a reference point.

I agreed it was a bit like that and that I communicated telepathically/intuitively with animals.

‘All animals?’ she said.

Which is your favourite species to communicate with?

‘Which is your favourite species to communicate with?’ she said.

‘It’s hard to have a favourite. I love communicating with my own animals, but also whales, dolphins, sharks, lions, bees…everyone really.’

‘What do they say?’ she wanted to know. ‘Animals are really intelligent aren’t they?’

I said they want to talk about a wide range of things, they have different things that interest them and, like humans, some are brighter than others.

I explained there are many animal communicators working professionally all over the world, and that it’s our birth right, everyone can do it, it’s simple and easier than you think.

There are books about it and workshops to learn. You’ll find lots about communicating with animals telepathically.

On the way back from my drop off, her other cat who she said ‘hardly ever comes out, let alone at the same time as Jeffrey’ was sitting two feet away from Jeffrey next to the path.

Contrary to what was expected of her, she didn’t run away, she just checked me out. We exchanged looks and I let her know ‘you are safe.’

I know this happens to lots of us. And it’s beautiful. It happens when an animal knows we recognise them as a sentient being. When we approach them with respect.

We hold a vibration which they resonate with. They know we are ‘different’ and with that comes a feeling of being safe in our presence.

Sometimes animals will spot one of those ‘different’ human’s from far off and run or gallop over, they will fly close, rest beside us, or follow us up the street.

Sometimes we’ll find ourself in the right place at the right time able to offer help to another being. Perhaps because it is universal synchronicity.

If you have an experience you would like to share with us, we’d love to hear your story. Email us here.

Pea Horsley is the Founder of Conversations with Nature World Summit and creator of online learning, Animal Communication Made Easy, a proven 5-step method to learn how to communicate with all species of animals. Pea is the UK’s most highly regarded animal communicator, TEDx speaker, teacher, wild animal retreat facilitator and best-selling author. Join The Pride membership and be part of a modern answer to a global question, where a global council of animals advise humanity in deep listening and real transformation.

How To Create a Wildly Successful Summit with Heart