A Rooster Saved My Life 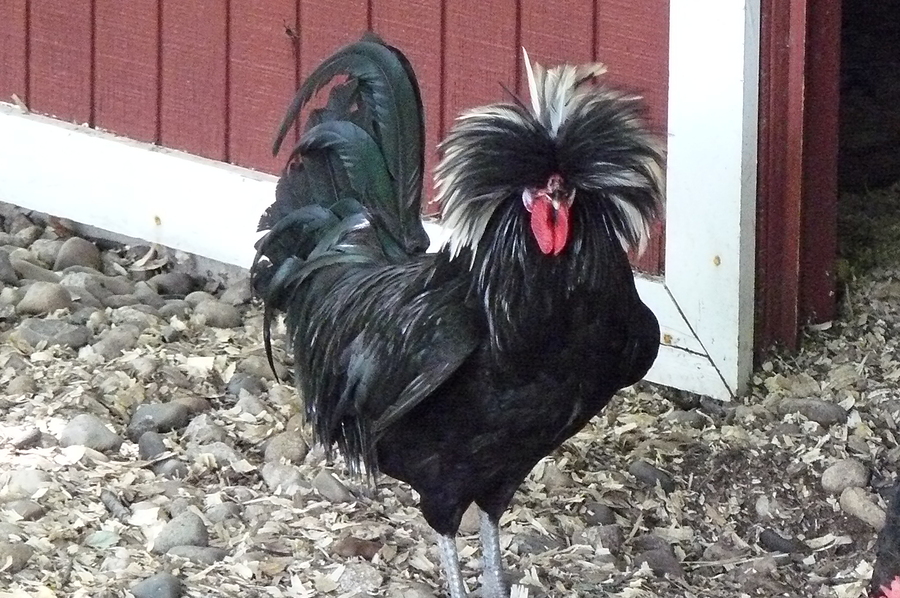 If you’ve never communicated with a chicken you could be forgiven for assuming there’s not much intelligence, not much emotion, in other words that basically chickens are dull and insentient. But nothing could be further from the truth!

I received an email from Arietta, ‘a story about an intelligent being’.

“Our neighbor collected different types of chicken and roosters and one was a breed that had feathers on his head that stuck up in the air like a punk rocker called Spike.  He was small and cute and very friendly with my husband, Frank, who would throw him a few grains of corn once in a while.

Spike would wait by the gate in the late afternoon for my husband to come home from work.  Frank would come through, and Spike would follow the truck down the driveway, running and wobbling as chickens would, and wait for Frank to open his door and go into the garage for the corn.

Often times, on days off, whenever Frank would be on the property doing work, Spike would follow him around like a dog.  Whenever he would see Frank, he would always come and visit.

As most people know, roosters make an “alarm” sound when there is danger and all the chickens run for cover.

One day, I was in my studio and I could hear Spike in front of the house making the sound.  I poked my head out the door to see what was happening and everything looked fine.  I expected to see a coyote, yet, there was nothing.

I went back in and he continued to sound the alarm.  I poked my head out again and there he was still sounding the alarm.  I looked up and saw Frank in the other direction working on some water pipes around a tree and told him he should probably go see what was wrong with Spike.

Frank went off to check and I went back into the studio to continue what I was doing and I heard a strange noise where he’d been.  I looked out, and there was an enormous tree on the ground in the exact spot where Frank had been seconds before.

Spike had done his job and he was then quiet and content.

He loved Frank so much and sensed danger.

Sadly, a couple of weeks later he was taken by a coyote.

We still think about that incident after many years and are so grateful for his love, intelligence, and dedication.

We think of the animals as liking us because we feed them but when we take a closer look, there is a profound love they have for us. Spike saved Frank’s life.”

If you’ve not tried communicating with chickens I strongly advise that you do. They are such brilliant, fun and opinionated birds. Communicating with them can be both emotional and inspiring.

If you’d like to send in an experience with your animal loved one, email pea@animalthoughts.com

Advice from Jeeves – a Dog!