How I Discovered Animal Communication 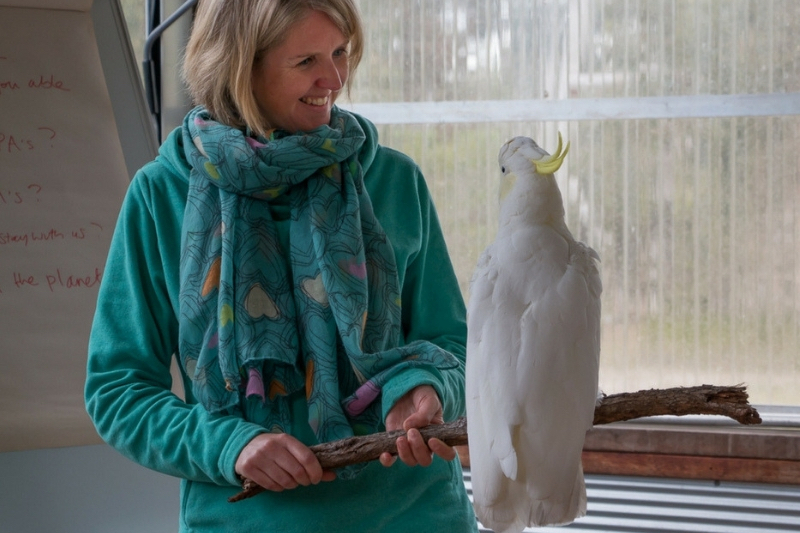 I had no idea animal communication even existed.

Back in 2004 I was working in theatre stage management in London’s West End and touring all over the UK and internationally. Then I adopted my first dog and life was never the same again. In came Morgan, a delightful Beagle cross, and with him a whole new direction in life. He was my ‘dogalyst’. He introduced me to animal communication.

Let me explain a little of my journey and then I hope my path into animal communication will inspire you to start walking down your own path into communicating with animals … and then keep walking.

When Morgan arrived from the Mayhew animal rescue, he lay in his bed and I felt deep sadness coming from him. Having grown up with cats, I didn’t really know dogs, and I thought I must be doing something wrong. Then the rescue contacted their mailing list about an animal communication workshop and I thought, Great, I’ll get to understand what I’m doing wrong with Morgan. At that time I believed, mistakenly, that animal communication simply involved reading an animal’s body language.

So I went to the workshop and there were 20 of us in a circle listening to stories of a Doctor Doolittle nature. The teacher was explaining how it was possible to talk to horses and hear them talk back. Nineteen people were on the edge of their seat, crying as they listened, then there was me, arms crossed, legs crossed, and no doubt a frown on my face. I thought it was a load of codswallop. I didn’t believe a word of it. It was so far out of my life experience, let alone comfort zone, that I nearly walked out at lunchtime, but something made me stay.

I was so glad I did, because then something incredible happened. We were partnered up in the afternoon and asked to communicate with each other’s animal, and I witnessed students receiving information that they couldn’t possibly know. One, because the animal and their human guardian were complete strangers to them, and two, because they were working from a printed photograph of the animal and were therefore unable to reach conclusions based on body language. I know – bizarre, right? How is that even possible?

We were told to hold our partner’s animal photograph face down and feel what the species was. I thought, How the heck am I supposed to do that? And that it was a bit pointless really, because we were in central London and for that reason it was most likely to be a dog, cat or rabbit.

I held the photo between my hands and silently addressed my question to it: ‘What species are you?’ And I heard a word in my mind: ‘Rabbit.’ Turning the photograph over, I discovered that I was right. Lucky guess, I thought, and dismissed it.

Then we were told to ask the animal some questions and to write down whatever came to us. The first question was: ‘What’s your favourite food?’

I repeated the question silently in my mind and saw one of those dream-like images in my mind’s eye. It was green leaves. But the rabbit’s guardian explained that wasn’t his favourite food.

It would have been very easy at that stage to declare: ‘Well, this isn’t working’ or ‘I can’t do it.’ But when we start anything new it often begins that way. Mo Farah wasn’t instantly a gold medal winner and Usain Bolt didn’t start out as the fastest man on Earth. They practised. A hell of a lot.

The second question was: ‘Who’s your best friend?’ Again I saw an image. This time of an espresso coffee-coloured rabbit. It turned out that the rabbit did have a rabbit friend that colour and that they were a bonded pair. Another lucky guess, I thought.

Then the third question was asked: ‘What’s your favourite activity?’ I got a sense of a sofa, but quickly dismissed it. Little did I know this was a house rabbit. And why the sofa? Because his favourite activity was watching TV. It’s true. He liked to sit on the sofa every Saturday evening and watch You’ve Been Framed. I’m not kidding.

To be honest, that experience did not convince me that I really was communicating with an animal. What got my attention was when my designated partner, a complete stranger who was holding a photo of my ginger cat, Texas, described my hallway, which is very distinctive, where my sofa was positioned and its colour, and Texas’s favourite thing to sit on in the garden and where it was located. It was just as if he’d given her a private tour of our home behind my back. It had me baffled. I wanted to know how that was possible.

That day was a turning point in my life. In hindsight, it appears I had a cat-alyst too. If Texas had decided not to communicate that day, things would have turned out very differently. I was able to help Morgan through his sadness using the animal communication technique.

I attended another workshop out of a desire to know more, and that was when I had my lightbulb moment: I realized I wanted to be a professional animal communicator. Over the next 12 months I did everything necessary to make that dream come true. I really wanted to express my passion for animals and to make a positive difference to their lives and wellbeing. I’d had 15 years of a very successful career working with people like Harold Pinter, Edward Fox, Richard Wilson and Warren Mitchell, but now I’d found something I wanted to do even more – something that really ignited my light.

The Benefits of Animal Communication