How You Honour Dead Wild Animals 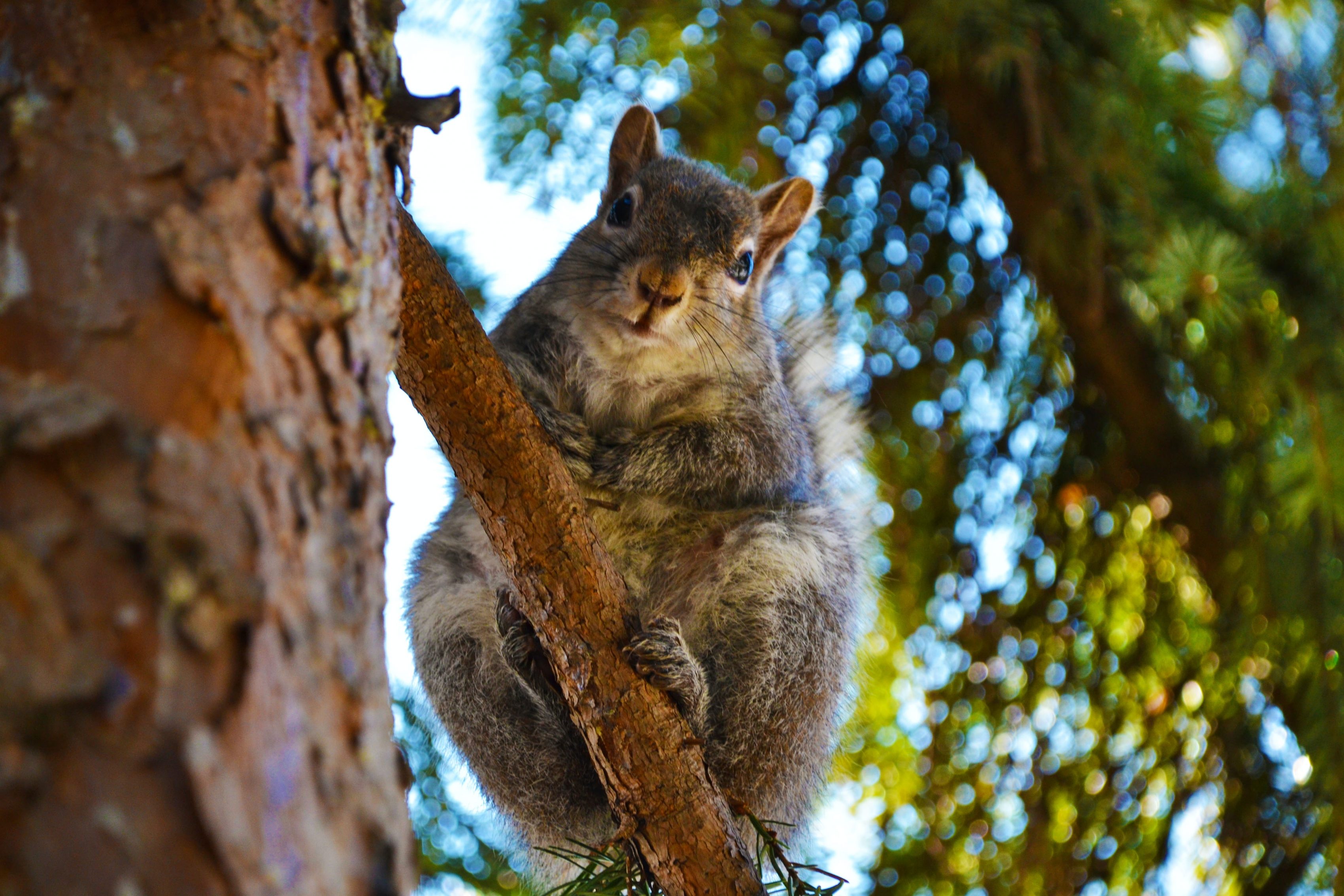 In response to my experience with the fledgling crow – whose dead body I discovered and then honoured with a burial – many people wrote to me sharing their own experiences with animals they have found and honoured. I thought how wonderful it would be to share a small selection of these on with others, spreading some of that kindness and compassion out to a wider net. Here are a few from people who are part of this animal communication community.

“I am writing to you as I also came across a dead animal again today. It has been years that my family and friends have known me to stop whenever I see a dead animal, either to take it out of the road or stopping to ensure there is no life left to be saved.

Today as I drove home my eye caught a small body on the side of the road, I turned around on a safe spot, drove back and found a juvenile mongoose. He was unfortunately dead, his body was still warm and must have been hit by a car or bumped by the wind of a passing truck.  I moved him away from the side of the road to the foot of a huge gumtree, rested him there, saying ‘’sorry little one, you are so beautiful and rest well.’’

I always find much peace in discarding a dead animals body, honoring it’s life and the feeling of comfort knowing God sees every hand touching His creation with honor and love.”

“I was sitting outdoors with my Old English Sheepdog, Bing. It was a beautiful sunny afternoon and noticed a little spider about a meter or so away walking on the grass heading away from me.  I recalled your story about the fly and you asking for validation of interspecies communication with a task for the fly to prove it could ‘hear’ you.

So I asked similar of the spider, that if he could ‘hear’ me, if he would please turn around and make his way back to me and sit upon the only leaf that happened to lay on the grass about 30 centimetres in front of  me. I promised I would then carry him on the leaf to safety by placing him in the nearest plants in whatever direction he faced if and when he stopped on the leaf.  Well, he didn’t leap or jump to the request, in fact he didn’t move at all at first, but I continued to ask . . .  I was elated when he did change direction and headed back towards me. I thanked him, and asked him to continue, but then he headed of in a different direction! I was gutted and the thoughts of doubt started creeping in but I was determined and had to be patient. I continued to ask and sending loving messages because the validation would mean so much. Some moments later, he turned round once more and slowly, slowly headed in my direction. I held my breath but then he stopped again – he turned around where he stopped and I wondered how long I could continue with this ‘experiment’.  I took my eyes of him for a matter of seconds when someone in the house called me, and I was in absolute awe and was totally overjoyed when I turned back round to see where he was and to actually find him on the leaf! Wow! Of all the places he could have gone, it was no co-incidence! He had walked and stopped exactly on that leaf. I’ve just relived that moment in sharing it with you. I have tears in my eyes – I’m so thankful for that little spider. What a true blessing.

So, yes, I kept my promise I made him and picked up the leaf with him upon it, and let him disembark when we reached the plants 7 or 8 meters away in the direction he was facing.

I recall you’ve mentioned that other species also have a sense of humour. I wonder if the spider was ‘toying’ with me a little, and was also testing my resolve. Whatever it was, I’m very grateful!”

“A couple of years ago, when our rescue dog Bruce was still alive, he and I found a dead blackbird on the kerb not far from home. I picked it up, carried it and put it to “rest” under a tree and bushes away from the street. It was very sad that the bird had been hit by a car. The bird was so beautiful and perfect and seemed light as a feather. Next day, walking down the street with Bruce, I noticed a blackbird staring at me. Our eyes locked for several seconds. It was really amazing. I blinked and suddenly the bird disappeared. I think the blackbird thanked Bruce and me for caring the dead blackbird. 💚

I also want to share is that of a pecked chicken. I was staying with relatives who had a little farm with cows, bulls, chickens, pigs, cats and pigeons. My childhood summer paradise!

I felt very sorry for the wounded chicken with sores on her head and neck. My great-uncle had put the chicken in a room alone with lots of hay, and odds and ends. I was about 10 years old and wanted to keep her with company. But she looked at me with frightened eyes and I did not want her to be more stressed by me being there. I told her I was making a bed of hay for her to rest and sleep in, and then I said good-bye and left.

Next day I was told that the chicken had passed away. I could not believe it and asked where she was. I did not want her to be dead. My great-uncle told me the chicken was still in the same room in the barn. I wanted to see her and say good-bye. When I saw her, I was amazed and even grateful to see that she had died peacefully with her head under her left wing in the hay bed that I had made for her. The chicken understood that I had made the bed for her! 🌸💚

I returned an hour later with a friend to show her the peaceful chicken. When we entered the room, the chicken lifted her head and looked straight at me. I thought that this cannot be possible and with that thought she immediately lay her head peacefully under her wing once more.”

“Yes, I have done this all the time. The other day it was for an enormous spider, discovered dead on the carpet indoors. I carefully moved it outside, asked where it wanted to rest, and found a place in the garden, no burial, going back to the earth. ”

“Once, I found a bird and called a native American to ask what they did and she told me to  bury it facing East and say a prayer for it and if I wanted to, take a feather from it.
Another time I saw a snake crossing the road so I put on my flashers to slow traffic down so that I could chase it back into the brush but an impatient person passed around me and ran over it so I took it home and let it loose onto the ground in a peaceful spot in a wooded area.”
– Arietta

“Here is my story from a few weeks ago. I am still wiping the tears from my eyes as I type this.

I had just been sitting on the front step with Teddy, my outdoor feline friend.  He was enjoying some catnip.  I went inside for about 15 minutes and looked out the front door to check on Teddy.  He was laying in the front yard staring at something.  Not looking like a predator hunting prey but merely curious about something.  I looked to where his face was pointed and saw some movement in the grass about 7 feet away.  I thought a bird had landed and Teddy was going to pounce.  I watched for about 1 minute as Teddy drew nearer and the animal did not flee.  It was now that I decided to investigate.  Maybe a bird had fallen from a nest or just an unaware dove was there.

As I approached I saw that it was a male squirrel.  He was obviously injured as he was barely moving.  I quickly ran to the garage, grabbed my leather gloves and a small towel. I asked Teddy not to mess with him.  When I returned I picked the squirrel up and he was in bad shape.  Out of instinct he bit at my gloved finger.  I immediately told him that I was not going to harm him nor was I going to let Teddy get him.  I wrapped him in the towel and took a closer look.  He had a blood spot on his side but I could not see any real damage. There was no blood coming out from the wound either.  He was clearly in very bad shape and my mind swirled as to if he could be saved.  He was really struggling to breathe and I knew in my heart he could not be saved.

I cradled him in the towel and sat on the chair in the front yard.  I was already crying and I begin to speak to him saying that I am sorry that he is leaving this world.  I told him that I was happy to have fed him peanuts and that I enjoyed our time together.  I considered him my friend and I was sad to see him go.  I wished him well on his journey.  My tears dropped onto his body as he gasped for his last few breathes of fresh air in this existence.  At least he passed in the company of a friend and not as a meal for a predator.  I watched the life leave his eyes knowing that he was with a friend as he passed.  The last thing he saw was a human crying over his body.  Teddy was next to me and I explained to him what had happened and that I was going to bury him in the back yard.  I held the squirrel close as I walked into the garage to get my shovel.  I gently laid him on Bella’s memorial as I dug the hole for his final resting place.  As I placed him in the hole I gave him one last prayer told to me by my good friend and mentor Karen.  “You have left your body, go to the light and be with God. Have a safe journey and I hope to feed you again someday.”

I wept continuously as I filled his grave with the soft cool Florida sand.  His body will rest in shade until it is consumed by Gaia.”

Thank you to everyone who wrote in an shared.

If you’d like to send in an experience, email [email protected]