Is There Hope For Apes? 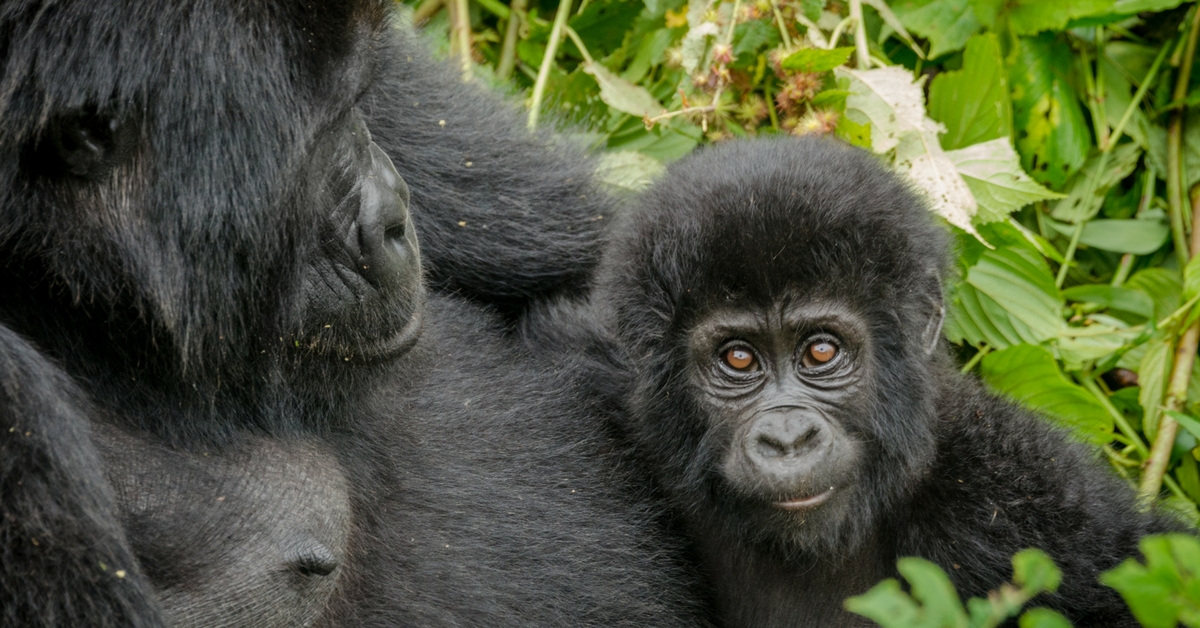 Yes, there is! All of us can help our nearest relatives survive.

“What if future children say, “Why didn’t they do something? Why did they let them disappear?” – Jane Goodall.

A while back I was attending an event where the greatest experts in the world came together to talk about nature, status and how to help the great apes.

There was a huge round of applause as if some legendary star had just walked on the stage. But it wasn’t Elvis Presley or Marilyn Monroe – it was David Attenborough.

“Apes are not able to look after themselves in this modern world. We can kill them. We can knock down their homes. And we do both these things.” – David Attenborough.

“The apes are the guardians of the forest, dispersing seeds for the next generation of trees. In a nutshell, the health of the planet depends on the survival of tropical forests, and the health of the forests depends on there being enough primates and elephants and toucans and tapirs to maintain the ecosystem.” – Ian Redmond, Chairman of Ape Alliance and Diane Fossey’s research assistant in Rwanda, the great pioneer in gorilla research.

All the speakers were incredibly inspiring. Dr Birute Galdikas told us she’d had a vision that she would go to Indonesia and study orang-utans so she could become more knowledgeable than anyone else in the world and then she would share this knowledge with other generations. She achieved her vision. Orang-utan means People of the Forest. They share 97% DNA with us.

‘What if future children say, “Why didn’t they do something? Why did they let them disappear?” – Jane Goodall.

She called the last 10 years the Era of Learning. Now, Goodall says we are in the Era of Conservation.

“It would be useless if we weren’t raising new generations to be better stewards than we’ve been.” – Jane Goodall.

Goodall’s understanding of the situation is that we need to help the people to help the animals to help the environment. We do this by respecting all life.

“Every single one of us makes a difference every day. We decide what difference we’re going to make.” – Jane Goodall.

We were told a story of one 15-year old boy who managed to persuade his big hunting Uncle it was illegal to hunt chimps and that they didn’t need them for food. In 2 years that young man persuaded 75 chimpanzee hunters to change to chicken farming.

Another truly inspiring expert was Chanee (Thai for gibbon). His love of gibbons began when he was 12 years old. He published a book about gibbons at 16. Then at 18 he moved to Borneo and founded the Kalaweit gibbon conservation project at a time when terrible fires were destroying millions of hectares of forest there. It is the biggest gibbon conservation project in the world and has 48 employees involved in rescue and rehabilitation, forest protection and education.

“You have to believe in your dream – seriously. If I’d listened to one of my teachers I would not be here.” – Channe.

Channe says the gibbons are the Voice of the Forest. He tells us gibbons are unique, not only as the smallest of the ape, but because they are 100% monogamous; they have one partner for their entire life. A big problem for the gibbons is that they are kept as pets in Borneo, approx. 6,000. Once they reach maturity they are abandoned or killed. As a young person Channe knew the only way to reach people was to give them what they wanted and so he created Radio Kalaweit 99.1FM.

Channe said, ‘If they want Britney Spears, give them Britney Spears.’ In between songs he delivers messages to help the gibbons with a lightweight approach but consistent emphasis that keeping gibbons as pets is illegal. There are now over 40,000 listeners and gibbons are being handed over to the Gibbon conservation project all the time.

Then there was the bonobos. Dr Thompson is the only person in the world dedicating her life to the bonobos. She works in the remotest region of the Congo, a tough climate where there are political wars and over 200 unique ethnic groups. Bonobos are very shy apes. When they are by themselves they will walk biped ally, but as soon as they see a person they drop to the ground.

When asked what the they felt about apes in captivity the main response was, “Apes should have choice.” – Ape Alliance.

Dr Birute Galdikas felt they would prefer to live in the wild, free to move, free to make their own decisions. This would be the ideal.

IS THERE REALLY ANY CONSERVATION IN CAPTIVITY?

Dr Jane Goodall felt a zoo was a two edged sword and that the best option would be to have apes in the wild and protected and the worst scenario is where they are used for medicinal research in a lab, but she pointed out there are other scenarios in between with one being bearable – the best type of zoo where they have a tall enclosure with ropes and caring keepers.

In September 2007 China signed a $5 Billion deal to develop infrastructure, mining, bioenergy, forestry and agriculture. They are planning a 300 million hectare palm oil plantation and will be building a road right through the Bonobo’s forest.

“Orang-utan are endangered species, Sumatran Orang-utan critically so. Some conservationists fear they could be all but extinct within 12 years. Orang-utan habitat is rapidly disappearing because of the spread of plantations devoted to producing palm oil – a cheap ingredient found in hundreds of products sold in supermarkets worldwide. Our weekly shop in the West is having a catastrophic impact on two of the world’s most fascinating species.

Palm oil expansion has been linked to significant increases in tropical deforestation, social conflict, and emissions of greenhouse gases that result from the clearing and draining of tropical forests and peat lands.” – Ape Alliance.

WHAT CAN WE DO?

Stop using palm oil. Unilever is the biggest user of palm oil. This action will send a message to companies that they have to start behaving responsibly.

The big message from these world Ape experts was HOPE.

You can be part of this message to help save the apes. Let these people inspire you. Every one of you count. Your action counts. Just look to Chanee as a living example.

If you feel interested in gaining a deeper understanding of your fellow species, you may be interested in Animal Communication Workshops. Learn more: Workshops & Events

If you wish to get involved with helping save the apes and their habitat, check out Action for Apes.

Uncommon Ground: I Came Here For A Purpose