Uncommon Ground: I Came Here For A Purpose

By Pea Horsley1st September 2017September 19th, 2017Self Development
No Comments 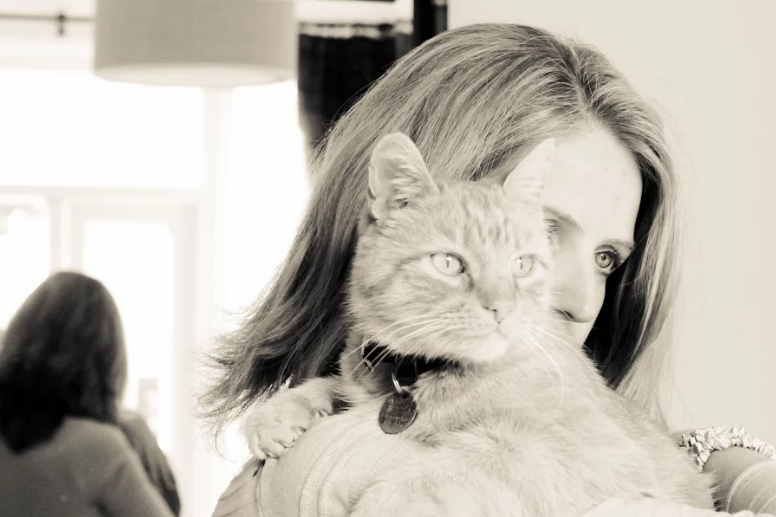 For over two months I worked with Yiyi Zhao, a Chinese photographer and multimedia producer, on her end of year project. Yiyi wanted to focus on the relationship between people and animals and specifically their purpose in our lives.

Morgan expressed why he was in my life and why we came together at the time we did, he also offered advice to human-beings. His words are written over the top of the mountains and they are also included in Life Loss Love.

The outcome of the Animal Telepathic Communication project is a gate-folded book. The website presentation is for reference only.

To view some of the images and the messages, click here.

Yiyi’s animal communication experience in her own words

“A place of walking dream where telepathic animal communicators tune in to another dimension; an ethereal yet intimate journey to animals’ inner world; a reinvestigation of the animal role in human society and the human place in nature.

The story of “horse whisper” has influenced me in my early age. I could sense their emotions, personalities and thoughts without understanding their languages. I felt there would be a certain way of communication transcending the borders of spices, space and time, that all beings could share with.

Until last year, I met with an “animal communicator”. She claims to be able to communicate with animal telepathically, meaning she can experience what an individual animal sees, feels and thinks. And there are a lot more of them who have the same ability. Outrageous and disputable, the communicators are regarded as mediator, psychics or dreamers. Nonetheless, a gate of possibility to explore the inherent relation between human beings and animals is opened.

The concept of human-animal communication as an element has been referred to in many tales and myths of different cultures in history. By engaging anthropomorphism, the world of non-human species becomes more accessible to us. The study on animals has been practiced in various genres and directions, yet it is hardly unfold the human perspectives on them and fully understand them from their viewpoint.

I was skeptical about the unknown domain in front of me. At the same time, I could feel there was something strange drawing me deeper and deeper. The communicators have brought me to the world of telepathy and the animals’ inside. Moreover, by telepathic communicating with animals, I met another dimension of myself and the environment where I am involved.

It is totally an invisible inner experience. While I have an urge to find an exit, to way to balance myself with the physical world. Photography can sorely document the visible but it creates possibilities, a space of interactive consciousness where images, words, emotions and sensations collide. It’s not only the stories between animas and communicators but also, a personal journey of my own experience.

The under-surface process of communication can never be revealed by photography but it delivers the animals’ messages. Metaphysical questions are created. The messages that received by the communicators are an integral part of the image rather than explanatory text.

It is said that telepathic communication is a feeling based on instinct that all living beings are connected to. It is a rudimentary rather than supernatural ability possessed by ordinary people. The mode of animal communication is similar to flowing into a moment tacit yet vibrant: a sequence akin to speaking without talking, realising without hearing. As long as the mind’s dynamic of analysis, logic, criticism and judgment has been put down to tranquillity and concentration, the right side of the brain merges and begins to operate, unlocking the intuitive, imaginative and visual potentialities.

The messages derived may vary in forms and manner depending on different characters of individual animal, as well as individual communicator: sometimes a word flashing in mind, several sentences coming from backside, or a strong emotional feeling, physical sensation or more often, in a pictorial even cinematic way. There are nuances for them to distinguish whether the scenarios or information they get is extraneous from the animal or an illusion created in their mind. For instance during communication, the animal’s tone of voice and emotional radiation are different from the communicator’s own way of expression, and from which they can tell whether the message or answer is from the animal.

It is an ethereal yet intimate journey to the animals’ inner world, encompassed by something that reaches somewhere distant yet eerily familiar, private yet universal. It is interesting that similar messages have been revealed by many individuals who have telepathic animal communication experience. A majority of animals around us are suffering from tensions and pains, both physical and emotional. For them, we have been left behind because of our superiority, and we are run in the opposite direction where the planet develops. They regard themselves as messages spreading love in order to help us realise the meaning of our life here.”