Tribute to the King Fisher 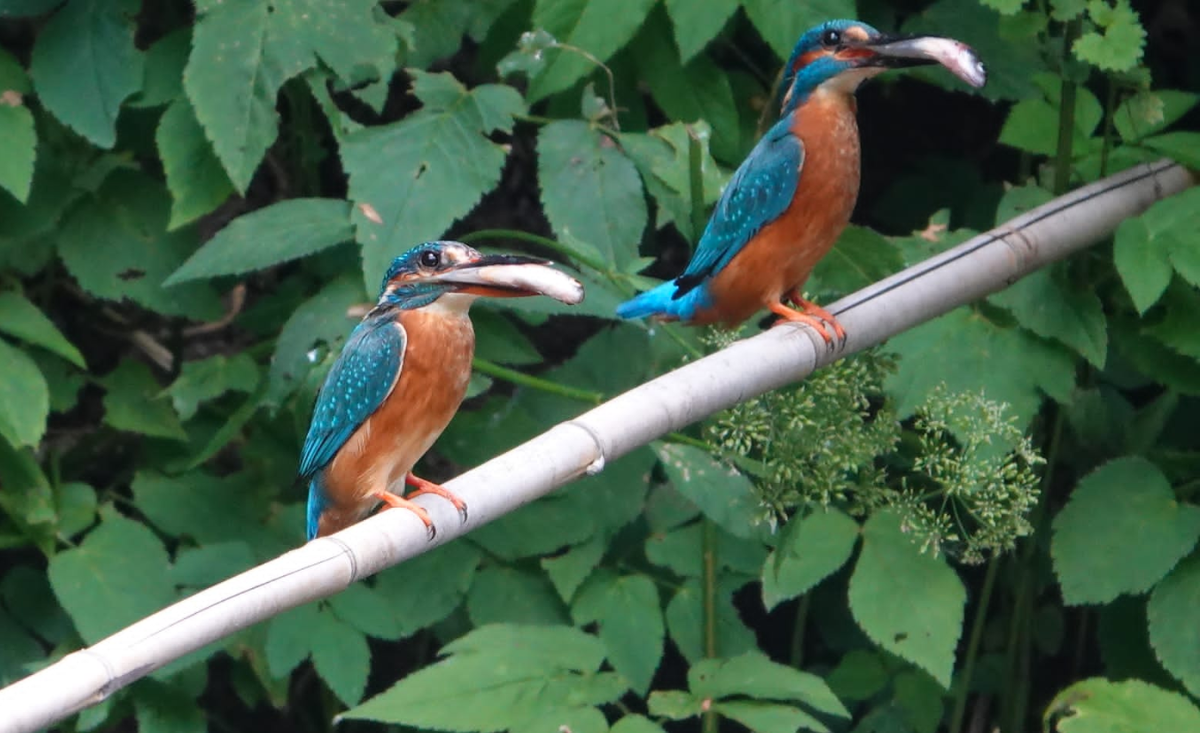 Tribute to the King Fisher

by Els Corporaal (a Pride member)

I want to share with you a tribute to the King Fisher, because this species is so important to me. There it was, laying on the pavement, this beautiful, coloured King Fisher, in the middle of the city, next to the blazing traffic, loud noises and concrete jungle. And still, this kingfisher made its way here, in front of our municipality office. Perhaps it followed a canal and got lost.

With no movement visible, I carefully picked the bird up and noticed his limped neck. Probably broken, unfortunately an ending for many birds flying against office windows. A modern problem that is completely preventable.

He was still warm, and then I could see in his beautiful glistering black eyes that he was still alive!

What To Do Next

But the only thing I could do was hold and protect him in my hands, trying to give some comfort, admire him and hopefully give healing with my love and intention.

I sat with him, very aware of all the traffic and the wind pulling at my jacket. This is not a good place for the bird, or me. I walked with the King Fisher to the small park just behind the building. The park was part of a project a few years ago to green the area.

As I sat there, I realised this bird would not die for nothing. I am a city ecologist, and I will make him a symbol for the Nature Inclusive City. A safe and liveable city design for plants, animals, and people, which we are already working on and fighting for.

The King Fisher lives in the green periphery of the city, and we, with the support of volunteers, proudly take care of their nesting places which are normally situated in the steep walls carved in natural riverbanks.

These days we create most of them because we don’t have the space or natural river flowing system around the city. Every year this is a big event adjusting the walls for our King Fishers as well as making a news feature of it. Many people are paying tribute to the King Fisher.

The last 20 years the water has cleaned up a lot, but still we don’t have enough natural ecological healthy clear waters. Most waters are confined in stone steep walls and dams.

We need much softer green river banks with a natural slope, so variable plants can grow in the dry- to wet – to underwater – soil gradient and provide for diversity of plant life and cleaning of the system.

This approach enables the King Fisher to hunt by sight for the small fish who live around the underwater plants. But lots of other birds, insects, amphibians, dragonfly etc can flourish as well.

We have a lot of water and green riverbanks are the best way to have clean and biodiverse water.

The municipality has high ambitions for biodiversity, climate solutions and other related problems, felt by cities and the whole world. Although I have done this work over 15 years, it’s only been the last couple of years that they are taking it seriously.

It really is getting better, especially because designers are slowly getting it that the “real” city can also be a green city. We are also giving lectures to the landscape designers school.

It also really helped that we made a design manual (Dutch and English) for nature inclusive design, very simple tools that teach how to integrate nature with practical drawings.

We now use it in tenders with a pointing system, where the architects/project developer only gets the project when having a minimum of the nature inclusive points.

But still a lot of people don’t like to change, and we get a lot of resistance form colleges, the system, old economic thinking, and old-fashioned green managers.

Working With Nature Instead of Against It

I made a column about this event for our intranet, and I will prepare the King Fisher through a taxidermist to show everyone the great beauty that we have and what we could do to prevent killing it just by designing a little bit differently, with nature instead of against it.

What we (city ecologist) also do is communicate and educate a lot.

Apart from working and advising in the projects we spent a lot of time at education and empowerment, like giving lectures but also fun city safari’s, to show the nature and birds we have, opening their feelings of wonder, working together with the academic world and providing places for students to learn and help out, finding ways to work together and trying to get attention from the (somewhat difficult) designer college’s.

Also I started this You Tube blog The Wonderous World of Els about Amsterdam’s nature, to educate and inspire citizens and city builders to do what they can. (I am working on English subtitles, maybe someone who reads this would like to help me out?)

Having Lunch Alongside King Fishers

Back at the King Fisher. I can see a nice future for our city with lots of opportunities to make it the greenest and climate sustainable city, as these can go together.

The Dutch are famous for our design and planning abilities, so I ask you, my colleagues, to help me out with this beautiful vision I see, making natural green banks, stimulate water ecosystems and designing nature inclusive city and building, so in our lunch break we can look from the bridge into the clear waters we provide, seeing all the live, the fishes and the King Fisher making a dive to grab one and feed their young. Would you like to pay tribute to the King Fisher? Are you with me?

See this brochure for making the kingfisher breeding walls:

For more inspiration into your Inbox, join Pea’s mailing list and receive a free Getting Started Guide to Animal Communication.

Pea Horsley is the Founder of Conversations with Nature World Summit and creator of online learning, Animal Communication Made Easy, a proven 5-step method to learn how to communicate with all species of animals. Pea is the UK’s most highly regarded animal communicator, TEDx speaker, teacher, wild animal retreat facilitator and best-selling author. Join The Pride membership and be part of a modern answer to a global question, where a global council of animals advise humanity in deep listening and real transformation.

WOMBAT: "Be careful where you tread and how you go

CROW: "Own your magic." NEW! January Series : IN

FERN: "Unfold gently, there is no need to rush."

The MILKY WAY: How does this make you feel? NEW!

What is Telepathic Interspecies Communication?