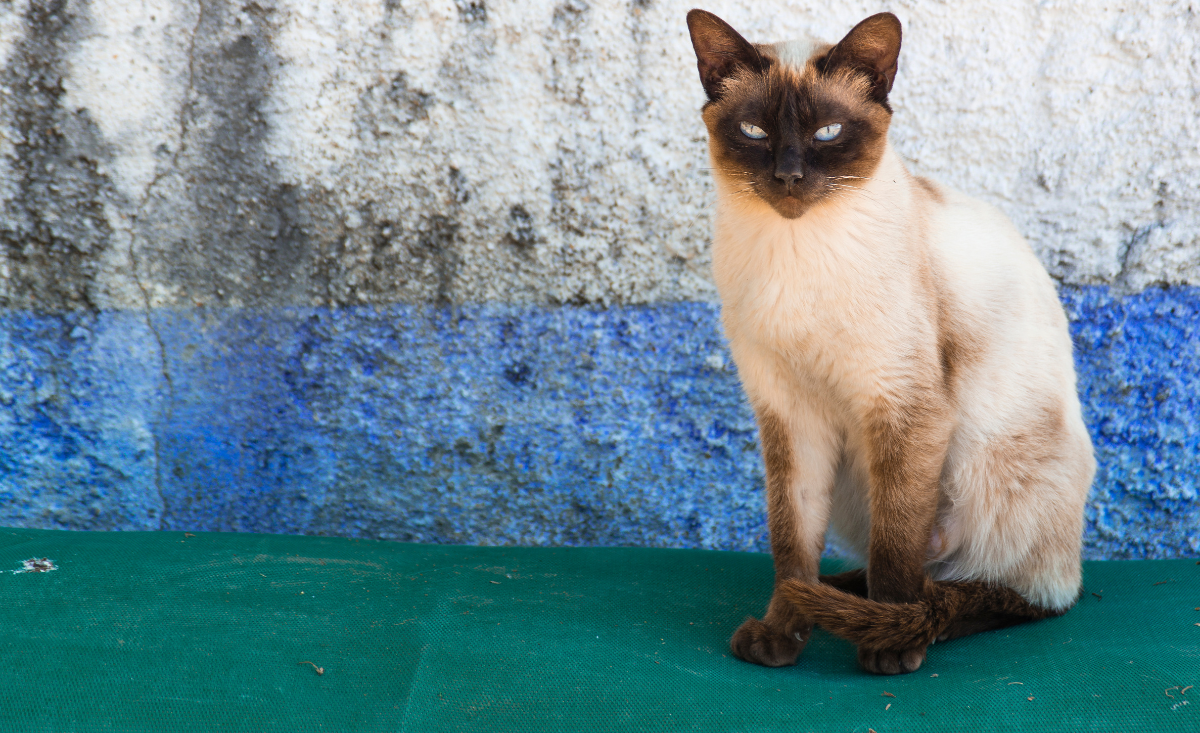 This true story of animal reincarnation, or re-entry as the animals refer to it, is from Sandra. Sandra shared her story after my newsletter went out with my own reincarnation or re-entry story where I explained the signs given when my cat Texas managed to find me two years after his transition, coming back in a different country as a kitten who is now called Frankie.

My cat Fuji, a gentle siamese like rescue, had fallen off our balcony and broken her spine at the heart chakra level.

The vet recommended to euthanize her, and at the time I didn’t even think I could question his opinion, so right then and there it was done. And I was devastated.

I spent the next few days in bed crying over the loss, the guilt of having let her use the balcony freely and the doubt of the decision to euthanize her.

I didn’t know animal communication yet, but I was already on a dedicated journey of self-growth, so at some point in my grief process I started asking the universe/source/god to give me some sign that could help me to cope.

That day my partner suggested we should go for a walk in the city and to visit some new place to distract me/us. So we did. It’s a beautiful ancient place in Lisbon called the Chinese palace, with several ornamented rooms, and where you can sit down and have tea. So we chose one of the rooms and sat at one of the tables.

And as I sat down, right next to me I noticed there was a display of free postcards. And the one right in front of me was a postcard with a butterfly and Lavoisier’s law written on it, saying:

“Nothing is lost, everything is transformed.”

I took the postcard (I still have it today) and knew that was my sign, the help sent to me.

So for the next weeks and more, every time I thought of Fuji, I would say these words to myself: “she is not lost, she is transformed”

And every time it gave me a little bit more relief. It was my lifebuoy, every time I would feel myself starting to drown in the grief.

At that time in my life I was helping my dear teacher and friend with her self-growth workshops once a month. And during the break I would always be available for participants to answer their questions.

This particular time, and this must have been a month after Fujis passing, a woman was sharing about the synchronicities she had experienced with a little dog that had come into her life recently, that was exactly what she had wished for, a small dog that could travel with her, because she had a big dog that never could travel with her.

She continued explaining she wanted a portable dog (I found that funny), the size of a cat, and how almost by magic this little dog had come into her life. She showed us a picture, and there he was, a cat-sized, beige dog, with a dark face ( already I was thinking of Fuji), he didn’t have blue eyes though…So I was curious and asked what his name was, and she said: Fuji.

There she was, in front of me, transformed and on her next mission.

There she was, in front of me, transformed and on her next mission.

I don’t remember how I got out of the conversation, because I know that I went to a private place and cried, but my tears were of Joy, and sadness too, but I remember I was crying and smiling.

Not long after, as I attended my first AC workshop with you Pea, of course one of my wishes was to know how Fuji was doing. And it was so funny because she came and answered my questions and then said: “I need to go now, I have a lot to do”.

She/he is busy helping another two-legged friend (that’s us humans by the way.)

So there it is. I could finally end my grieving process, knowing she was fine and having her reassure me that in her case euthanasia was the right choice.

She had somewhere else to be, someone else to love and help.”

For more inspiration into your Inbox, join Pea’s mailing list and receive a free Getting Started Guide to Animal Communication. If you want to learn how to communicate with animals, you can visit Pea’s website or get in touch.

Pea Horsley is the Founder of Conversations with Nature World Summit and creator of online learning, Animal Communication Made Easy, a proven 5-step method to learn how to communicate with all species of animals. Pea is the UK’s most highly regarded animal communicator, TEDx speaker, teacher, wild animal retreat facilitator and best-selling author. Join Pea’s membership, The Pride, and be part of a modern answer to a global question, where a global council of animals advise humanity in deep listening and real transformation.

It's not too late! Register for FREE Live Virtua

SILVER BIRCH: "Breathe to cleanse your lungs and r

WOMBAT: "Be careful where you tread and how you go

CROW: "Own your magic." NEW! January Series : IN

FERN: "Unfold gently, there is no need to rush."

How To Stay Present To Better Communicate with Animals: 5 Tips