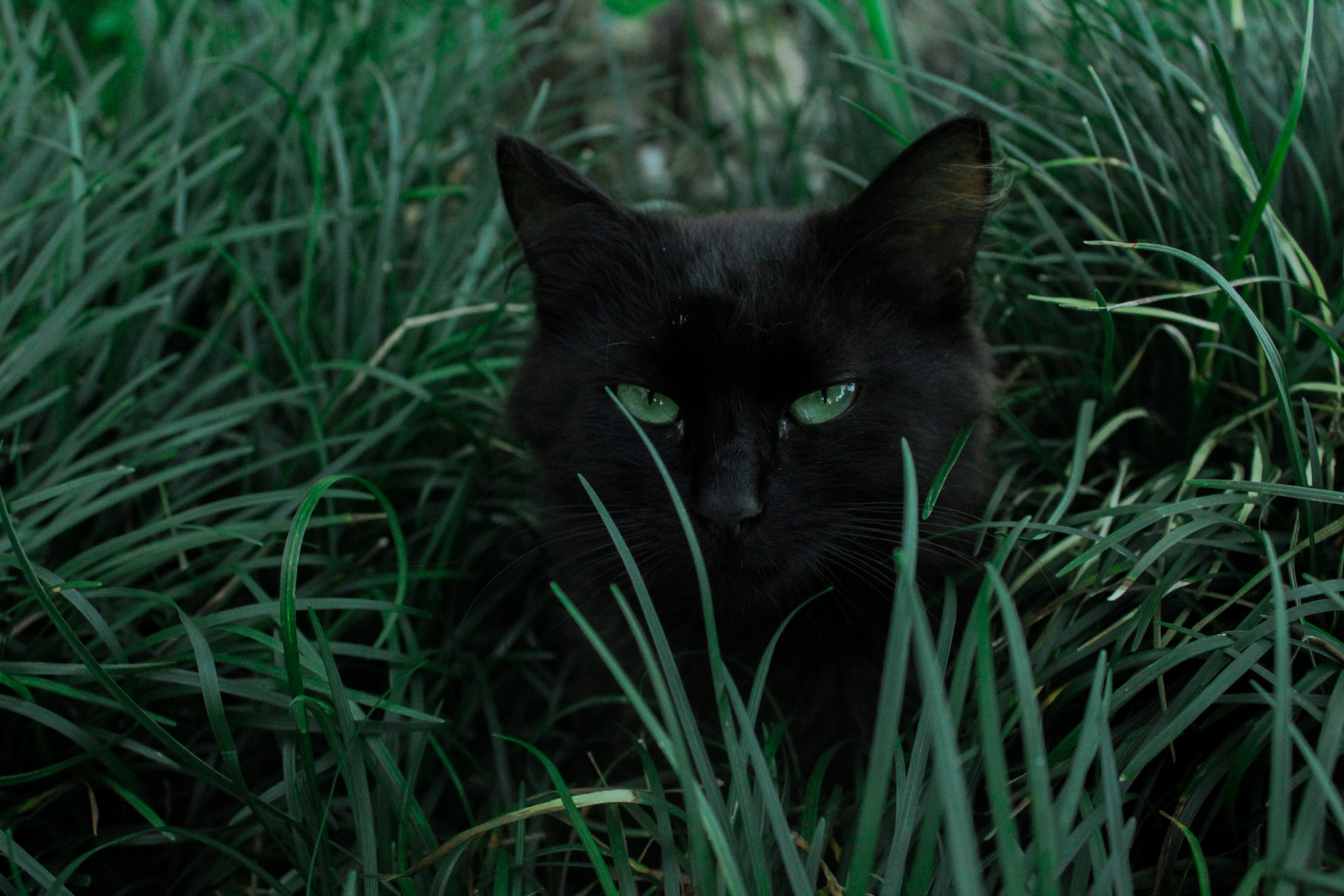 Halloween and black cats have been bound together because of the cats’ pagan ties, which originated in Ancient Egypt.

The Ancient Egyptians worshipped a Cat Goddess, often represented as half feline, half woman, whom they called Bastet. It is said that Bastet had nightly battles with the Serpent of Darkness, who is the enemy of the Sun. Every morning as the sun rose it symbolised that the Cat Goddess Bastet had been triumphant and won.

The Ancient Egyptians held all domestic cats in the highest esteem, the penalties for injuring or killing a cat were severe. According to Egyptian mythology, gods and goddesses had the power to transform themselves into different animals. Only one deity, the goddess named Bastet, had the power to become a cat.

Dogs were valued for their ability to protect and hunt, but cats were thought to be the most special. Egyptians believed cats were magical creatures, capable of bringing good luck to the people who housed them. To honour these treasured cats, wealthy families dressed them in jewels and fed them treats fit for royalty. They revered the cats; some were kept in a sanctuary where they were watched by priests who interpreted their every movement as a prophecy.

But when did the reverence of cats turn into fear? Why did we stop acknowledging cats as wisdom keepers?

It dates back to the Middle Ages and a time in European history when witchcraft was greatly feared. During this time period, those (mostly women) believed to be witches were tortured and even burned alive. Many people of this time also believed that these witches used small animals to cast their spells.

The most direct connection between cats and Halloween came from the idea of the Cat Sìth in Scotland or Cait Sidhe in Ireland. Both are pronounced ‘caught shee’ which translates to Fairy Cat.

Celtic people believed the Fairy Cat was able to take on the shape of a dog-sized black cat with a white spot on its chest or heart chakra.

Many of the stories are painted the Sìth with negativity and fear but there are some linked to the good fortune the Sìth cats could bring.

The Samhain is a Gaelic festival that takes place between sunset on October 31 and sunset on November 1. It marks the end of harvest season and the beginning of winter.

According to mythology, a Cat Sìth will bless any house that leaves out a saucer of milk on the Samhain. Those houses that don’t leave milk will be cursed.

A farmer was returning home from working the field one night when he was met by a very unusual funeral procession. There were eight cats carrying a coffin draped in the royal shield, and they were followed by a parade of cats chanting about how the King Of Cats was dead. The farmer saw this and rather than being scared he was simply intrigued and he carried on his way home and told his wife what he saw on the road. He told her about the cats holding the coffin and how they were chanting that the king was dead, and at that their house cat sat up and spoke, ”Old Tom in dead, Then I must be king” and with that, he walked out of the house and the farmer and his wife never saw their cat again.

The fairy cats could take the shape of a witch with the ability to transform back into a cat and witches with this ability were only able to transform from a human to cat eight times and on the ninth time of changing into a cat, they would be unable to change back to a human ever again. It was this legend that gave us the saying that cats have nine lives.

As time went on Samhain merged into All Saint’s Day and created what is now known as Halloween. No doubt the mythology of cats and Samhain became associated with Halloween because of this mergence.

It’s important to note that, because of the myths of cats and Halloween, many cats — particularly black cats —are sometimes targeted for abuse on Halloween night.

Cat Magazine reports, “Halloween is one of the most dangerous times of the year for outdoor cats. Unfortunately, alongside the spooky costumes that could frighten kitties, there are also spikes in animal abuse incidents during Halloween, especially against black cats. Protect your cats from any possible harm by keeping your cat safe in his/her home.”