Do you have to be vegan to be an animal communicator? 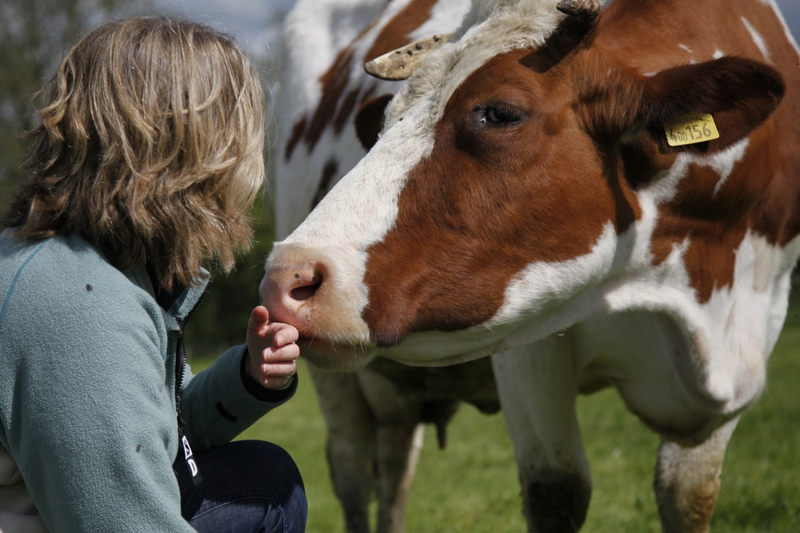 Is it necessary to follow a vegan lifestyle to be an animal communicator? This is a hugely controversial and touchy subject. Yet, I want to answer this question because I’m asked it so often and have just been asked again by people in Malaysia. It’s often shortly followed by, ‘Are you vegan, Pea?’Every animal communicator has been asked this question, often thinly veiled with an underlying challenge and a truckload of judgment, and it’s as controversial in the circle of professional animal communicators as it is outside. This subject became the main discussion in the Species Link Journal many years ago. Someone wrote in that they couldn’t ‘trust in a process practiced by people who believe they are speaking with animals, but have no compunction about raising their fellow beings simply to slaughter and eat them.’Worldwide Animal Communicators Offered OpinionsAnimal communicators from across the world gave their opinions, which varied from ‘I eat meat and I don’t have a problem with doing so’ to ‘I’d never eat anything I can talk to.’ Some people sighted blood type O and being a hunter-gatherer as the reason they feel they have to eat meat. Some animal communicators felt the amount of protein they need can only be sourced from meat. There are athletes who follow a vegetarian or vegan diet, including Martina Navratilova who credits her ability to extend her life of competitive playing to age fifty to a strict vegan diet and Olympic runner, Carl Lewis who said, ‘I’ve found that a person does not need protein from meat to be a successful athlete. In fact, my best year of track competition was the first year I ate a vegan diet.’ In Britain, veganism has increased 350% over the past decade and by 600% in America over the last three years.

There were some animal communicators who felt that it was acceptable to eat another animal if it was done with respect, many sighting giving thanks and a blessing to the spirit of the animal before eating them. The Native American philosophy is to treat all life with dignity and honour; they’re said to do this while also using the animal as a source of food and clothing. One communicator said, ‘In Esoteric Buddhism, it is suggested that practicing a selective form of vegetarianism will help most students achieve a clear “diamond-like” consciousness necessary for healing oneself and others, to have conscious realisations, and eventually attain the state of enlightenment.’ There is no black and white answer, no ‘should do this’ or ‘must not do that’ among professional animal communicators.
There are common beliefs within the animal communication community:

One communicator had relayed a message from a cat on this subject, ‘All human beings are in the process of evolving into vegetarians and vegans, but some are still struggling with bodies and food desires that are adapted for the ice ages and hunting and gathering. Not everyone is evolving at the same rate. Vegans and vegetarians are evolving faster, and the ones you see now are on the leading edge of this evolution. Everyone else will catch up within the next two centuries. And we cats will have an important role to play in this new world of vegetarian humans!’ Are you vegan, Pea?No, I’m vegetarian and have been for over 3 decades, long before I began working as an animal communicator in 2006.The reason I became vegetarian was because I couldn’t face cruelty towards animals. I wasn’t able to sit at my parent’s dinner table and look at a piece of meat or fish on the plate; I made the connection between that piece of food and the suffering the animal had experienced in order for me to eat it. When I announced to my parents I was going to be vegetarian they laughed and called it a faze. I attempted veganism for a short time, but I grew ill and felt my body was telling me that it was a step too far for me at that time. Now, I eat a lot of vegan meals, but not exclusively. Many of you will shoot me down for that. I’m sorry. All I can say is that I’m doing my best to be conscious of my choices, raising awareness of wellbeing, and dedicating myself in service to sharing the voices of animals. I do eat eggs and cheese. The eggs I’m gifted by hens taste miles better than any other eggs I’ve tried. I call them gifts of gold. When I’ve been gifted eggs from a friend’s hen family she said, ‘The girls want to give you a present. Can you tell who gifted them?’ I looked at the brood of hens and was drawn to the two hens who made them for me. Through communication I’ve discovered that it matters to hens and cows whether we value their eggs or milk and show gratitude for what they share with us. Is it essential to be vegan to practice animal communication? I would say no it’s not because animal communication is based on intuition which is a natural attribute we’re born with, but it raises questions for me around what I’m able to accept with awareness of the expense to the animals.·     What can you live with? ·     What’s truthful for you? ·     What’s your conscience telling you? I feel that animal communication will only move us towards living a vegetarian or vegan lifestyle as we become more connected to other species, appreciating their humour, wisdom and the love they share.

Pride in London has returned to the capital for th

Join us in 1hr for FREE Animal Communication Train

One of the most beautiful sights of a squirrel Mam

I’m trying to do some Pilates but Grace just wan

"We never really know"...until we communicate and

Do you want to become a better animal communicator