Thames Whale a Symbol of Global Crisis for Whales & Dolphins 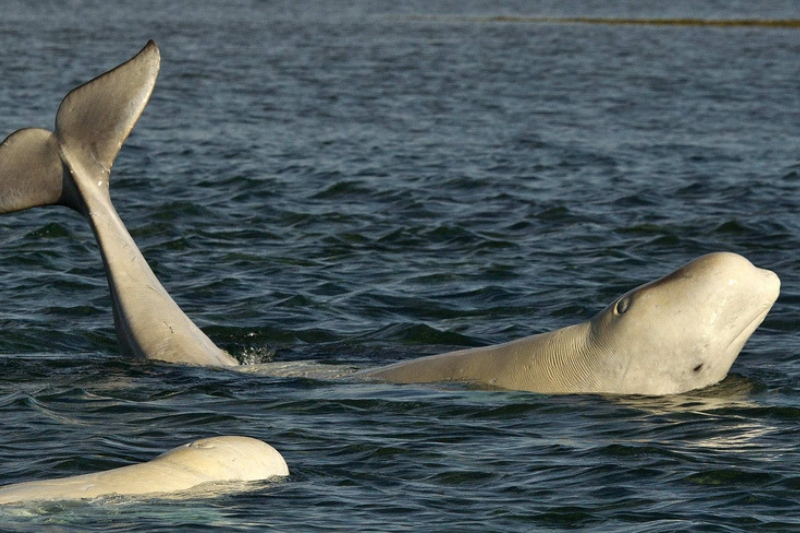 Thames Whale a Symbol of Global Crisis for Whales & Dolphins

Within a couple of weeks media became less interested in the beluga whale in the Thames. Before then a few people dared to state the obvious to camera; that this must be due to global warming and our devastating human effect on Earth.

Excitement and sadness mingled from spectators, animal lovers as well as ecologists and wildlife campaigners. The joy of seeing a pristine white whale in the Thames was marked with the sadness that this majestic animal is so far from home. And the question that keeps springing to mind, ‘Why?’

In The Independent, a journalist interviewed Dr Samuel Turvey, ‘one of the many ecologists and campaigners who hope that this intimate visit from a beluga can spur widespread concern about the desperate plight of other whales and dolphins around the world.’

Mr Turvey’s work encompasses both past and present human impacts on biodiversity. He observed the Yangtze river dolphin, which went extinct 10 years ago, killed off by overfishing and pollution.

The beluga whale is swimming strongly, foraging for food and appears to be able to sustain his or her life. He was quickly named Benny, no doubt because Benny and Beluga have a certain ring, but I still feel feminine energy. Perhaps Betty is more appropriate?

If the food source does run out this whale may suffer the same fate as other cetaceans where climate change is driving whales and dolphins to go beyond their usual feeding grounds. Lucy Babey, the head of science and conservation at ORCA (protecting whales and dolphins in UK and European waters), is concerned disruption to food supply is leading the animals into different environments that come with new threats.

Mr Turvey observed, “This is what people always do – they fixate on an individual, rather than a species as a whole. And this is interesting, because it’s a particularly unusual species to turn up, and it’s good that it’s getting that focus. The worry is that when it’s left the Thames again then everything goes back as it was before.”

Many people, possibly like you, were wondering what does the whale say. Does the whale need our help? I was already feeling calm from the whale and in my heart knew he/she was all right. I sat down to connect and listen to whatever the whale wished to communicate.

“I am fine.
Peaceful.
I hate the noise – drowning out sound I need.
I feel some sickness from sound poisoning.
I am strong and able.
Do I worry about myself? No.
I came here for a purpose.
I am an emissary.
Nothing is by chance.
I travelled far to show you the problems we are facing – across the world.
Do not ignore me or place me as stupid.
I am neither.
I am strong and here on a mission.”

I asked, ‘What would you like us to do?‘

“Talk about me often.
Talk about the why?
And what I am communicating by my presence.
I am not stupid.”

I understand that two porpoises have joined the beluga. I wonder if they will now escort ‘Benny’ out and back towards family or maybe they are moral support.

I also wonder if on a spiritual level people are asking or understanding the significance of a white whale in our water.

Its understood by some that white lions and white bears are holders of wisdom with incredible energetic ties and higher consciousness.

Is this white whale another attempt by the Animal Kingdom to bring our awareness to the suffering of the Ocean and its wildlife?

Many of the threats cetaceans face are a global issue and cause thousands of animals to die each year.

Interestingly, this white whale’s appearance coincided with a BBC programme called Drowning in Plastic. Watch it on iPlayer. (expires 31 Oct 2018)

The Metro reported, “A fireworks display which was going to attract 15,000 people to the banks of the River Thames has been cancelled – in case the loud bangs frighten Benny the beluga whale. The rare mammal has been feeding for over a month in the Thames Estuary in Kent, thousands of miles from its native home in Greenland, and Gravesham Borough Council are keen to make sure he is protected during his visit.”

A Council Leader told The Sun: ‘The need to keep Benny safe while he visits us in Gravesend must take priority.’

The council have also requested that residents don’t hold their firework parties near the river.

Subscribe to my free newsletter to hear about the animal communication workshops opportunities in your area, receive future Pea’s Posts and wild animal retreats worldwide.

Secrets You Didn’t Know About 2018